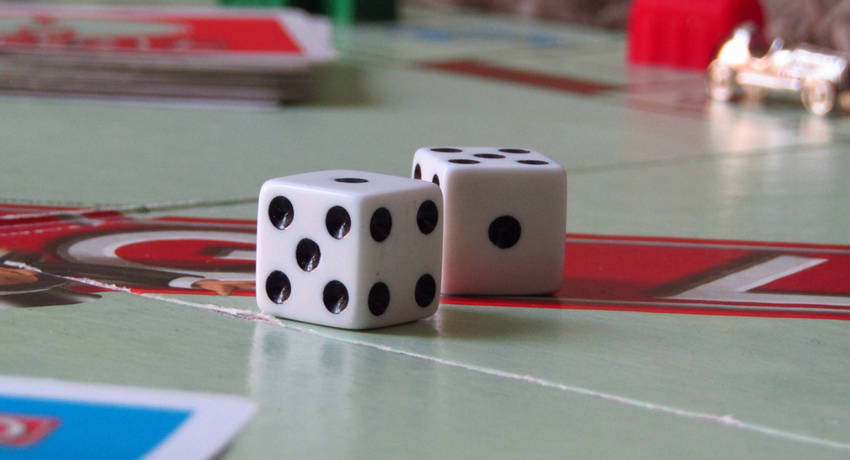 We have all played Monopoly at some point in our lives, either as kids in a family environment or even as adults during a social ‘board game’ themed night. The principals of the game are amazingly simple and easy to grasp for all age ranges. It all boils down to having a large amount of money, buying hotels, and building houses! Most people stop playing this game at some point in their lives, mostly because as fun as the game is, it does take a long time to set it up but this cult classic actually has an interesting history behind it.

The roots of Monopoly date back to the early 20th century where it was not actually known as the universally known name of Monopoly like it us today, it actually went by the title of “The Landlord’s Game”. Invented in 1902, the game which would go on to be known world-wide was not patented until 1904 and was designed originally to represent the Georgist era concept of economic privilege and land value taxation.

Starting from 1906 to 1930, the series was developed to involve players in the buying and selling of properties and land. So by 1933, this wholesome board game had been tinkered with to resemble the version of the classic Monopoly board game fans know today. Although it’s not completely clear, it is believed that several people contributed to the game’s evolution and design, most being residents near the East Coast and the midwestern States.

For a long time, players believed Charles Darrow birthed the game solely in the 1930s. The urban legend was widely spread and was printed on information published about the game, within the game’s instructions and inside the game’s box. This explains how Darrow became a millionaire by selling the concept to the Parker Brothers, thus saving him from bankruptcy.

So now that you’re caught up on the history of the game, what if we told you that you could play a slightly different and faster version of Monopoly in online casinos? Everything is already set up, you don’t have to invest the time and energy yourself — you can simply join the game and have fun! It is a slightly different version of the game, though.

Monopoly Live, that’s what the game is called, is actually a casino version of Dreamcatcher. If you’ve never heard of it, don’t be confused — you can easily learn how to play Monopoly Live. If you’re a fan of classic Monopoly, we are sure you’ll love it.

Now, let’s cover the basics of the classic Monopoly game. We will share some of the best tips and tricks you can use when playing this fun game.

Spend as much money as you can, especially in the beginning. You want to grab the best houses and hotels early on in the game. Afterward, it will be more difficult to build anything and the competition will most certainly be tougher.

Unlike in real life, in Monopoly, you should have a minimal amount of funds in the bank. It’s best to invest your money in hotels and houses.

If you ever spoke to professional Monopoly players, you know they always say not to bother with utilities and railways. Throughout the game, you will not have many chances to actually earn anything off these properties. Moreover, they cannot be upgraded, while other properties can.

Build Three Houses or Hotels as Soon as Possible

If you have never heard of the “rule of threes”, now is the time to change that. Right from the beginning, try to build three houses on your properties, and later on, look to build three hotels. That will certainly give you a head start and you will have the possibility to upgrade these properties throughout the game.

It is highly likely you will land on red and orange properties while playing the game. Since their worth is the highest, you can use that to force your competitors into bankruptcy later on. This is especially useful since a lot of players land on orange fields when they leave jail. So, make sure you use that to your advantage.

It’s Okay to Spend Some Time in Jail

Of course, it wouldn’t be good to end up in jail straight away. But, once you’ve bought some properties and built some houses and hotels, you don’t have to hurry to get out of jail. You can miss out on a couple of turns. That will allow you to actually save some money, as you won’t be landing on the properties of your competitors.

You can always play the casino version of the game we mentioned above. Additionally, if you are willing to try out some other online casino games, you will find a plethora of games available on the web. To find out more about them and the online casino world, click here.