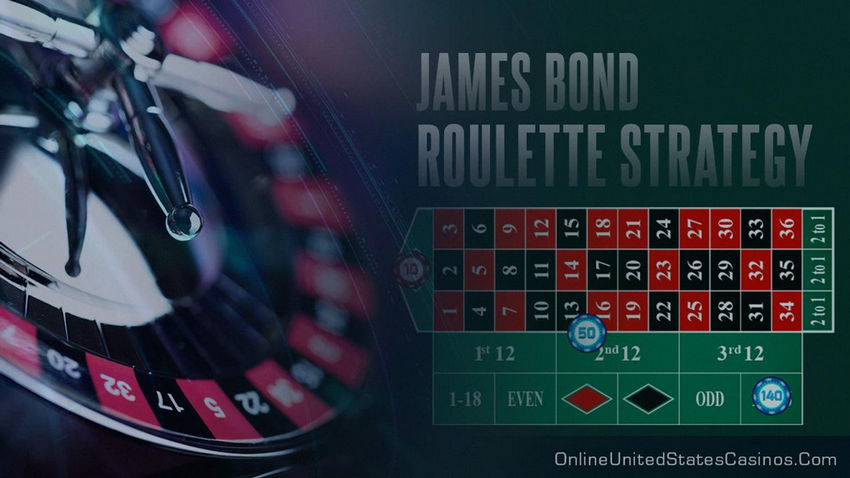 Bond, James Bond. The fictional MI6 (foreign British Secret Service) agent, created by former naval intelligence officer Ian Fleming in 1953, is one of the most established characters in literature and film history. The stereotypical spy, strong in both mind and body, is an exceedingly cunning and highly-intelligent individual. Who, even though often overconfident, always manages to get out of any bind. Among his many traits is his propensity for gambling. Baccarat is his game of choice, though he also fancies a spin of the wheel at the roulette table. Mostly in the novels, and a very memorable scene in Diamonds Are Forever.

In Fleming’s books, Bond always plays any game with a clear understanding of the odds and with a plan. He is never afraid to make high-stakes bets and is an excellent strategist. Thus, from these character attributes, the James Bond betting system was born. Its exact origin remains unknown. However, due to its simplicity, it has become a favorite of many casual players. Below, we explain it in detail. Remember, test the strategy on an online live dealer roulette before you go to the casino. This way, you can take notes and even record your sessions. You can then use this information to make adjustments, tweaks to your betting patterns.

What is the James Bond Roulette Strategy?

The James Bond strategy is a simple roulette betting system often utilized on European Roulette. The system only works if the wheel has a single zero or one green pocket, something that the European wheel features. American Roulette, an established variant available in most Las Vegas venues, has two green pockets. So, you cannot implement the default Bond pattern at that game. However, you can use a modified version, for which you can find tutorials on YouTube. The modification is that you split the zero bet on the two green pockets on the American wheel, which we will go into later.

Since European Roulette features 37 numbered pockets, including the green one, the idea here is to cover as many possible outcomes per spin via only three bets. The only wager that you will never make when using this system is the 1-12 set. The goal is to ensure a better long-term profit by wagering on more than two-thirds of all possible outcomes, tipping the odds in your favor. If the ball does land on any number between 1 and 12, 33% chance, then you will have to double your next wager using the Martingale system and attempt to cover your loss.

An Example of the James Bond Strategy in Use

Players bet different amounts when utilizing this strategy, but they prefer to stick to round numbers such as $100, as it helps them divide the bets easier. However, you can scale this amount up or down proportionally to fit your budget. For simplicity, let’s break down the pattern exemplifying it with a total bet of $20, or 20 units.

You’ll have to make three bets per spin with a total of 20 units. The first one requires you to wager 14 out of your allotted 20 on the 19-36 range. The second one requires you to place five units on the 13-18 set, and the remaining one goes on zero, or the single green pocket. If the white ball lands on any number in the 19-36 range, you profit eight units. If it lands in the 13-18 range, you get ten, and if it lands on zero, you get 16 extra units. However, you may be thinking – what happens if the ball lands on any number between 1-12? Well, then you lose all your bet units, and you’ll have to apply the Martingale strategy to this series of bets, which is when you double your wager after a losing one. Meaning, you implement progression in case of losses.

Bluntly put – no. You can find numerous Reddit roulette discussions concerning which strategy is the best one, but the reality is that no system can beat the house. Not even someone as slick and sly as James Bond could figure out how to come ahead in the long-term when facing a casino at roulette. The strategy gives you a decent chance of winning per spin, as the three bets do cover a lot of ground, 25 out of 37 possible results, but this system does not affect the house edge built into any variation of the game.

Going by simple statistical analysis, if you spin the roulette wheel 37 times, using a total bet of $20, and on each spin, a different number comes up, you would wind up losing $20 when your gaming session is over. Naturally, the chances of the ball landing on a different number on each spin are slim to none, but you get the idea. If you implement a progression to claw back your losses, the rate at which your wagers increase during this stage could be drastic, and you may lose a substantial amount after only two losses in succession. We hate to think what could happen if you lose several times in a row.

Everyone is on the lookout for tips on how to win. Yet, the reality is that there is no sure-fire way to beat the house. Use the James Bond strategy for flat betting only. Do not use progression to cover losses when utilizing this pattern, as it comes with significant risks. A lot of sites advocate its use without explaining the proper math and your win probability. The Martingale is the best-known progressive system, but the D’Alembert and the Fibonacci ones are safer.

If you utilize this system on American Roulette, splitting the last bet on the two green pockets combined with the betting limitations is too much negative expected value to overcome, long-term. Overall, even in the European version, there is a massive negative expectation with this strategy. You may be able to come out ahead for a while, but over time, the likelihood of three or more spins coming with a number in the 1-12 range is decent. Eventually, you won’t be able to recoup your losses even if you try using a progression, either due to your limited bankroll or table betting limits. 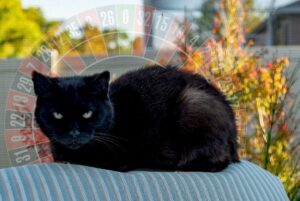 Previous post Roulette: The Weird and Wonderful World of Superstition 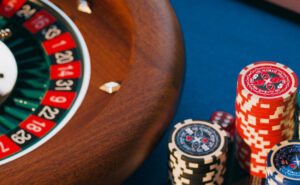