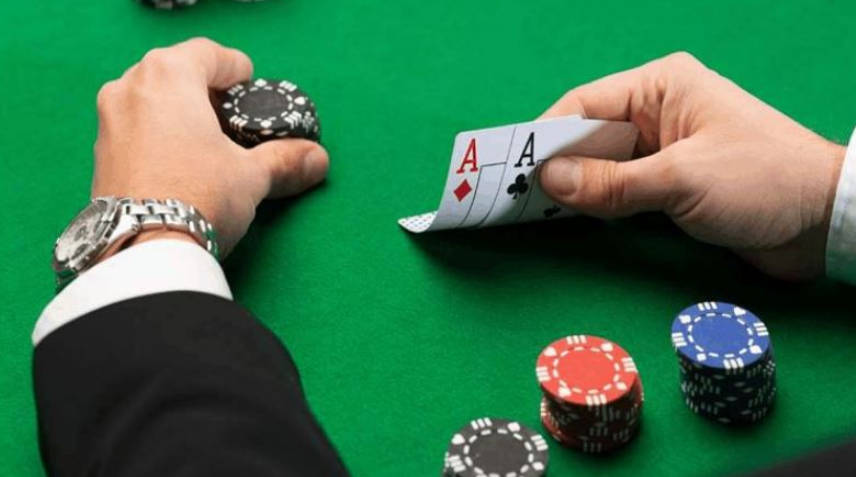 Bluffing is a critical strategy in poker, because you wont always have all the cards you need. If you don’t do it right, it can be very risky and you can lose quickly.

Keep in mind that poker is a game of deception and delusion, not just understanding card values and combinations. Every professional poker player already knows the value of a hand. Two main things separate professional players. These are the ability to run a convincing bluff, and knowing how to spot your opponents’ bluff.

The best winning roulette system is at www.rouletteadvantageplay.com. And www.roulette-computers.com has hidden computers that predict spins.

The Purpose of Bluffing

The idea behind the bluff is to get players with better hands to fold. The other option is you don’t bluff it all, and fold yourself. This means losing, and of course is not the best option. But if you always bluff, your behavior will be predictable.

In cases where you do have the best hand, bluffing is particularly useful in getting your opponents to raise bets. So there are two primary purposes of bluffing: firstly to win despite having a bad hand. And secondly, to win more from opponents even when you have the best hand.

Knowing When To Bluff

There are many variations of poker, such as Texas hold ’em. It is important to understand that the variation will largely determine when bluffing is appropriate.

Carefully assess the overall situation to determine if it’s time to bluff. With some variations of poker, only two cards may be dealt. It makes no sense to bluff and go all in at this point. After all, even if you had two aces, more cards will be dealt. And anything can happen from that point. If you choose to bluff so early, other players will see you as impulsive and unprofessional. This in itself may be your tactic, but I’m referring more to cases where inexperience may show.

Generally the most suitable time to bluff is when all cards have been dealt. Weaker and less experienced players will typically have folded, if they have a weekend. But this isn’t the only consideration. Understanding the behavior of your opponents is critical. Poker is a game of understanding your opponents, just as much as it is a card game.

If you are particularly new to poker, you would benefit from learning some of the more credible poker forums.

If it is your intention to bluff when you have a week hand, you must appear confident. But also understand that other players will be trying to read you too. They may interpret your apparent confidence as a bluff. So before undertaking any bluff, first consider the type of bluff you are making.

You can’t always know every card your opponents have. Unless you have some mechanism to count cards, or even see through cards, you’ll have to rely on observing your opponents. Every professional player to some degree at least observes the cards already in play. It isn’t going to give a massive edge, although it depends on the circumstances.

For example, some variations of poker allow you to see some of your opponents cards. You may see an ACE face up. Your opponent may be attempting to bluff you. They can do this by betting large, and acting confident. On the other hand, you may have three aces that none of the other players can see. This means your opponent can only have two aces. This would be virtually a perfect situation. You can trick your opponent into believing that you believe they have multiple aces. Effectively you would be tentatively increasing the stake. In most cases, you would intentionally looked concerned. But this may work against you depending on your opponent.

For example, say you behaved overly confident that you had the better hand. This may make your opponent nervous, encouraging them to act even more confident. And they may do this by betting unreasonably high amounts. This is because typically inexperienced players will be very high amounts as their method of bluff. Alternatively, more experienced players will gradually increase bet sizes, to keep more players in the game.

The Best Times To Bluff

There are no hard rules regarding the best time to bluff, with some exceptions. It makes no sense to bluff very early in the game, unless it is part of your strategy to gradually increase the stakes because of a good hand shaping up.

The best timing will depend on your opponents, and their behavior. The less predictable they are, the more difficult they will be to beat. The same can be said for you. You can observe a player’s nervous ticks. You could even fake nervous tics, to make other players believe you have a bad hand.

When To Not Bluff

Do not try to buff too early in your position. There is simply too much action yet to happen.

Do not call when you are bluffing. Be committed to the decision you have made to bluff. Calling is one way of saying you are not confident.

The Three Bets Every Roulette Player Needs to Know

Should You Bluff In Poker?